He wards himself to dampen his sense of smell, struggles to speak when overwhelmed, corrects other people’s grammar and spends his life in the company of an infuriating eldritch entity. Darius Liviu isn’t quite suited for the adventurous life in an allistic world, but the universe pushes him onto the road of heroes, and a talent for words alongside a willingness to blood magic goes some way to keep Darius alive. He’s awkward, suspicious and stubborn when it comes to holding people at arm’s length, and his stories are slightly-more-serious fantastical escapades involving marketplaces, rose-covered walls and a king, Efe Kadri, who wants to save the world and begin a relationship.

Darius’s stories begin fourteen years before Tes arrives at the College and establish much of his background referenced in Kit March, including the origins of the belt, his becoming the destroyer of tyrants, and his slightly-complicated history with Kit.

The aftermath of Darius’s years with Efe and his new occupation as a teacher in a magical school shaped by Kit’s secrets is depicted in The Unnatural Philosophy of Kit March. 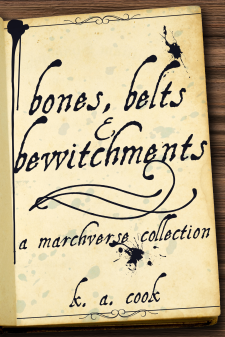 A dragon in need of a human attendant finds providence in the arrival of a magician in need of a library, but more than phalanges and history binds Azhra and Darius in companionship.

Contains: A library in some disarray; a young magician on a quest; a dragon reflecting on hir past human attendants; and a mythology celebrating the similarities between dragons and autistics. 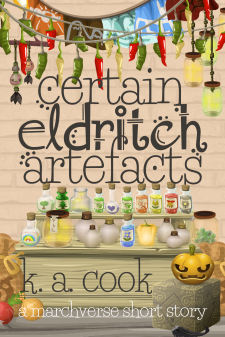 Newly-graduated, divergent magician Darius Liviu has scoured half the world in search of the rarest of rare magical artefacts: a tolerable talking sword. After a year of failure, one last rumour sees him risk Rajad’s chaotic, cluttered, terrifying Great Souk. The noise, the smells, the people and his inability to move without provoking disaster make everything difficult, but Darius dares the nightmare of chaos and conversations in hope of an item will draw the eye of the man he thinks he loves.

The sword he finds isn’t elegant. It isn’t tolerable. It has no intention of being gifted as a lover’s token. It is, however, set on destroying Darius’s acceptance that awkwardness and a life of misunderstandings is the best he can hope for.

Certain Eldritch Artefacts is a story about autism, adulthood and the reasons why one should never enchant inanimate objects…

Contains: A trans, pansexual, autistic magician’s misadventures in a cluttered hell; a verbose eldritch entity; a too-helpful weapons dealer; a good amount of casual queerness; and a decision Darius will surely live to regret.

Two: Love in the House of the Ravens

After seven years in Rajad, Darius has fallen out of love with the unattainable and failed to fall in love with the companionate. When the right person offers a romantic relationship and he doesn’t understand why yes won’t grace his tongue, the only thing an autistic man can do is ask the Ravens–and hope he can survive the word they give him in return.

Love in the House of the Ravens is a story about what it means to be aromantic when one is also autistic and the world isn’t accepting of either.

Contains: An unknowing aromantic who isn’t prepared for his friends’ conclusion about his identity; a verbose eldritch entity stuffed in a saddlebag; an alloromantic trans man who will always be there for his queerplatonic partner; lots of casual polyamory; and some of the many ways autism impacts conversation and connection. 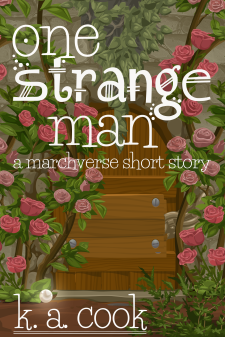 How can the want for another person make an intelligent man gift something so precious?

When Akash’s former lover refuses to return a family heirloom, Darius knows only one way to help his mate—even if it means ignoring several laws in the process. The magic he mastered in surviving the College and the mercenaries has surprising utility in the art of larceny, at least once he gets past the stomach-knotting anxiety. When Darius makes the mistake of asking Akash why, however, getting caught in a stranger’s third-floor bedroom seems like nothing compared to comprehending the mysteries of romance and friendship.

Contains: A trans, abrosexual, aromantic autistic breaking the rules for the friends he loves; a queer alloromantic trans man and a pansexual, aromantic genderqueer in a QPR; and an acceptance borne from a midnight flight through the streets of Rajad.

Links: PDF, EPUB and MOBI editions are available for subscribers on Patreon.

Interlude: The Morning After*

Stiff fingers, an aching knee and a headache are the smallest prices Darius pays for last night’s escapades when a furious Halima knocks on Akash’s door. Darius, groggy and slurring, needs to convince her to accept a restitution that doesn’t involve his arrest, but there’s nothing easy about forging compromise when Akash and Halima wield schemes of their own. And how does Darius keep all this secret from the belt…?

Contains: A trans, abrosexual, aromantic autistic wishing that he’d left his shirt on before bed; an alloromantic trans man and his former lover racing to manipulate the other; an aromantic genderqueer who keeps getting stuck in the middle of everyone else’s chaos; and a détente that makes nobody completely happy.

When Efe and Aysun Kadri meet Master Ayako to discuss the hiring of a magically-talented mercenary guard, Efe doesn’t expect said mercenary to come with a laundry list of warnings.

Contains: A cis, allistic king ruminating on politics, Hamide Golzar and magic; his trans, allistic sister trying to navigate a brother and a lover who despise each other; and a non-binary, allistic employer who needs to learn better ways to discuss an autistic employee, even if he isn’t in the room to overhear it.

When Efe Kadri writes to Faiza Hiba Khalil for advice on how to work with an autistic mercenary-magician, it startles him to discover why Faiza is less than appreciative of his efforts.

A PDF edition is available for subscribers on Patreon. 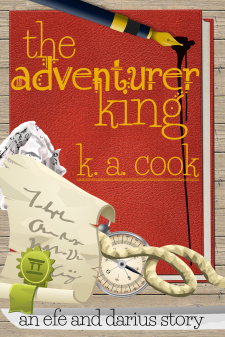 Seven years ago, Darius Liviu met a talking sword belt in the Great Souk, an eldritch being who changed his life forever. In that time, he has learnt something of the sword, mastered strange magic and survived dangerous jobs, but while he has friends in Rajad, he still feels out of place—too divergent to be welcomed and accepted as mercenary and magician.

When an unexpected meeting with potential employers goes wrong, his first instinct is to flee. But a wandering monarch, Efe Kadri, has an offer that might provide the certainty for which Darius has been searching, if only he has the courage to say yes…

Contains: A trans, abrosexual, autistic magician who comes out as aromantic to a terrifying eldritch entity; a cis, bisexual, allistic king who can’t be simply identified as ally or enemy; and the beginning of a quest that will likely end in chaos and magic.

* Bonus side stories or Patreon exclusives.